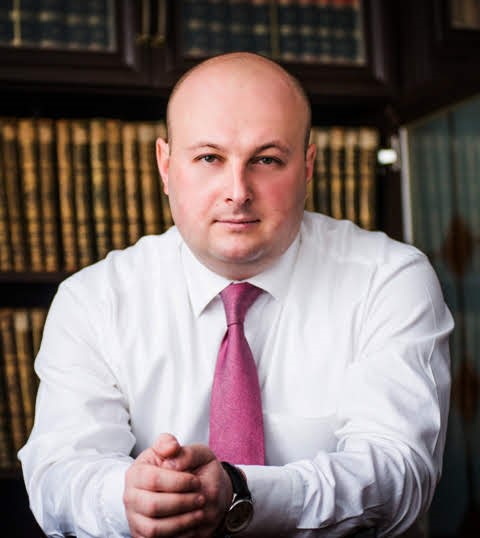 Attorney of Ukraine (National Association of Advocates of Ukraine).

Honorary Member of the Union of Lawyers of Ukraine.

Member of the National Union of Journalists of Ukraine.

Studied Law at the Presidential University Interregional Academy of Personnel Management and the International Personnel Academy.

In 2006, the decision of the Qualification-Disciplinary Commission of Advocates in Vinnytsia region No. 28 provided the legal status of the Attorney of Ukraine.

In 2008, the High Qualifications Commission of Advocacy under the Cabinet of Ministers of Ukraine was awarded the gratitude "For High Professionalism".

In 2010, by the decision of the Presidium of the Higher Attestation Commission of Ukraine No. 71-06/6, awarded a scientific degree - Doctor of Philosophy (Law).

From 2010 to 2015 Associate Professor in the Chair of Theory of State and Law of the National University "Odessa Law Academy".

From 2015 to 2017 – Lecturer and researcher in the Department of Pathological Anatomy, Forensic Medicine and Law of Vinnytsia National Medical University Mukola Pirogov.

In 2019, a candidate for the position of judge of the European Court of Human Rights from Ukraine.

Serhii Pavlov engages in scientific research of the societies and the states, in the context of complex legal formations from 2005 till now. His task is to find and explore deeply hidden socio-cultural and legal ties that can constructively or destructively influence the legal development of Europe.

The topic that allows covering the specified synthesis of information is “Legal traditions”. The choice of theme was influenced by Harold Berman's Law and Revolution, The Formation of the Western Tradition of Law.

A feature of Serhii’s research is not just a historical and cultural review, but a systematic analysis of events, phenomena, and trends in the internal and external legal and economic spheres of Europe.

At the same time, studies medical law and legal regulation of the quality of treatment, in connection with which, from 2014 to the present, Serhii is the Chairman of the Presidium of the non-governmental organization "All-Ukrainian Pharmaceutical Union".

In his free time, he engages in pictorial art.